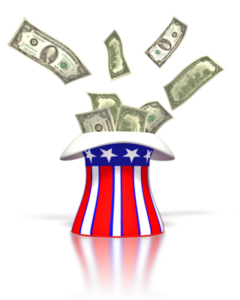 Every year as we approach April 15, I receive a number of calls asking about contributing to an IRA or other Qualified Retirement plan, because of the “tax savings” offered by making such contributions.

And it is true that contributing to such a plan will reduce your tax liability in the year that you make the contribution.

However, to call it a “tax savings” may not really be accurate. Contributing to an IRA or a qualified retirement plan really does two things: it defers the tax, and it defers the calculation of the tax, to an unknown date and rate. I know the theory is that you will be in a lower tax bracket when you retire, but in my 40-plus years of being a financial advisor, I have learned that very often clients are actually in a higher tax bracket after they retire.

There are a few reasons for this; many of the deductions and exemptions you had during your working career are gone. Such as your now paid off mortgage interest and your no-longer-dependent children. Your tax bracket may have actually increased.

And many taxpayers have assumed that their Social Security income will be tax free, only to learn that due to withdrawals from their retirement plans, or other income they receive such as Muni Bond income, up to 85 percent of the SS income is taxable. Another “gotcha” from our friendly uncle!

And what if the IRS changes the thresholds as they have done many times in our history?  That is the single easiest method to increase tax revenues – simply redefine who is “rich.”  The most dramatic example of that is what happened in 1942. In 1941, the maximum tax bracket was 81 percent on all income above $5M.

Will they do that again sometime? It’s anybody’s guess, but consider this: normally wars are paid for by tax increases, but we didn’t have increases following the Gulf war or Iraq.  We have all time high national debt, and a comparatively very low tax environment. It’s probably not going to get better any time soon.

The good news is there really are strategies that can reduce taxes. I’ll be glad to discuss tax strategies if you’d like, feel free to call or email.

I’ll be glad to discuss tax strategies if you’d like, feel free to send me an email ken@kendallfinancial.net, or call my office 972-874-8757.

Nice to read. So useful and informative tips. Many thanks for sharing them all.